Diamonds might reign supreme in the world of , but they certainly aren’t the only gemstone option out there. If you want something different, you have plenty of choices—including stones that look remarkably similar to diamonds, such as moissanite.

“Moissanite is a naturally occurring mineral called silicon carbide, which is very rare and can’t be found in nature large enough to be cut into even a one-carat gemstone,” explains Don O’Connell, president and CEO of Charles & Colvard, the original creator of moissanite. For this reason, the moissanite used in fine jewelry is created in a lab—unlike diamonds, which are naturally occurring.

Despite their differing origins, these two gemstones have plenty in common. Ahead, O’Connell and expert Kim Kanary explain how moissanite compares to diamonds.

Perhaps the biggest advantage of moissanite over diamonds is the price, for moissanite is considerably cheaper than a diamond. “A moissanite gem is approximately one-tenth the cost of a mined diamond of equal size and quality,” O’Connell says. “The value of moissanite is greater with larger carat weights.”

If you want a large carat, white gemstone, but you don’t have the money for a large diamond, moissanite is the way to go. “For many, a colorless diamond with the highest clarity grade is completely unattainable,” O’Connell says. “In my opinion, there is no reason to compromise overall quality with a lesser diamond.” Lower quality, smaller diamond tends to cost more than higher quality, larger moissanite stone.

Diamonds are known for their durability. They are the hardest known mineral and can withstand almost any kind of wear and tear, which makes them ideal for everyday wear, especially for an engagement ring. Kim Kanary of JTV explains, “Diamonds do possess a higher degree of hardness, so it will be significantly more resistant to abrasions.”

However, moissanite doesn’t fall far behind. “Moissanite is the second hardest to diamonds on the Mohs hardness scale,” O’Connell says. “Based on rankings from one to 10, diamonds are a 10 and moissanite is a 9.25-9.5.”

Moissanite is a very durable option for an engagement ring stone, especially since the material doesn’t scratch easily.

Kanary adds, “Moissanite has over twice the dispersion value of a diamond, which means that it has a greater fire (or display of spectral colors) that is visible when you rotate the stone.” The result is a rainbow-like effect, while diamonds reflect whiter light.

Both moissanite and diamonds can both be colorless or have some color to them. Kanary offers, “Moissanite has traditionally carried a yellowish or greenish tint to it. However, manufacturers have been perfecting the creation process over time, and you can now get high-quality moissanite that is colorless.”

Diamond color, however, can vary greatly. She explains, “Diamond color is graded on a scale of D-Z, with D being colorless and Z being a light yellow or brown (with those beyond Z being fancy color diamonds). So, diamonds can be everything from colorless to yellow, pink, blue, green, red, or brown.”

While shopping for moissanite is like shopping for any other gemstone, there are a few things to keep in mind. “The most important aspect to remember is that you can find high-quality moissanite for a reasonable price, so don’t settle for a stone that has visible imperfections in clarity or color,” Kanary says. “While moissanite can have inclusions, you should be able to find a stone that is eye clean.”

Don’t settle for a low-quality stone thinking it’s all you can afford—if you shop around, you’ll likely find higher quality stones at the same price point.

How do you know if the stone is of high quality? “Look for that high degree of fire, a bright luster, and a good polish with very minimal surface scratches,” Kanary says. As usual, shop with a retailer you trust in order to get the most for your money. Moissanite looks good in any setting and pairs well with any other gemstone accents, including diamonds. It’s versatile and easy to play around with, so finding a piece you love shouldn’t be difficult. 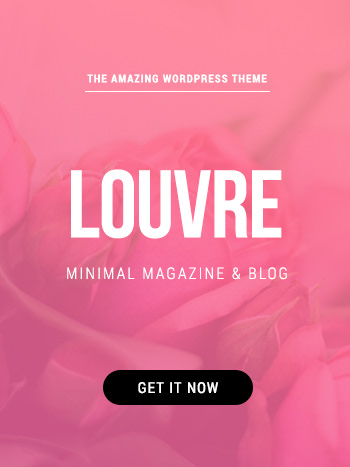